We traveled to Van Nuys last summer to assist in the creation of a Keiynon Lonsdale music video (EXPLICIT LYRICS WARNING).  The song, “Good Life”, sprang to life on the greens of a local golf course.  And one of its extras added to the theme, if not stealing the entire show. 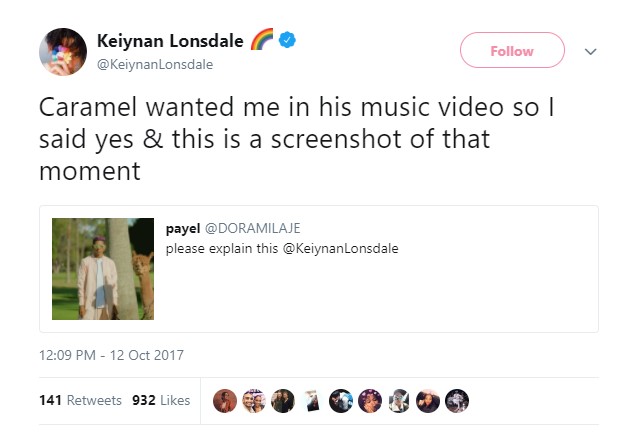 Caramel is our alpaca that bears a beautiful wool coat of the same color.  He was the only animal we were asked to provide.  And as you can see by watching the music video, no others were really needed.

Caramel gave our client what he asked for, if not more.  When needed, this animal actor stood  in place, walked across the set, and even sat for the final shot.  This meant he had to patiently wait between wardrobe changes by Lonsdale and an exchange of props on set.  This wasn’t a problem for our four-legged extra, as he simply found a shaded waiting area in the grass and some grain to stuff his face.

Keiynan Lonsdale is an Australian born actor, who throws his hat into the music ring from time to time. He is more noted for his role as “Kid Flash” on the television series “The Flash”. He also starred in the ABC series “Dance Academy”, and appeared in the second film of the “Divergent” series, which is titled “Insurgent”.

Is was a pleasure to meet and work with Lonsdale and his team, and I wish him continued success in film and music. “Good Life’ was officially released on August 20, 2017.